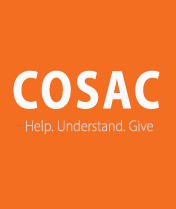 If you would have met Richard yesterday, you may have passed him by, silently wishing that he would not try to speak to you. You might have walked by him trying to avoid eye contact at all cost. However, if you met Richard today, you might have a different first impression.

Richard’s appearance was changed in a matter of hours. Imagine how we could impact a person’s life if we took the time to understand more about them.

Today Richard was having a fun day in the sun practicing his golf swing at a friends house in Davie, Florida. Richard set his eyes on his target before he raised his club for the swing. The man looked like a seasoned pro. His tanned skin suggested he often played in the hours before sunset. Standing tall and lean, this gentleman kept a pretty serious composure as he took a couple practice swings.

The scene before us however, was anything but traditional. Hours earlier Richard had had his long matted hair cut off by Homeless Voice founder Sean Cononie. He is part of a project called “Repicturing the Homeless”. The project focuses on taking images of the homeless dressed as everyday people. From chefs to business persons to hospitality jobs, each individual pictured on their website was homeless at one point or another. Each person has their own unique story.